Home » Sylvester Stallone Opens Heart For Son’s Death, “There Is No Worse Pain” Why Did This Happen? 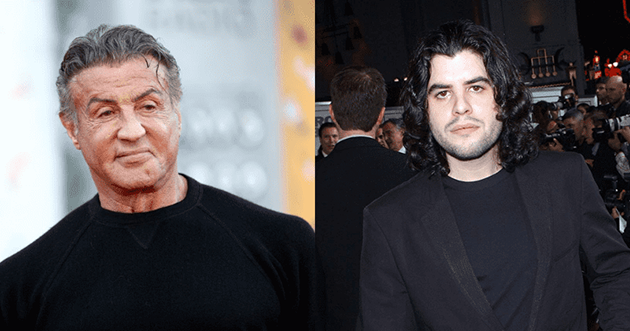 Sylvester Stallone Opens Heart For Son’s Death, “There Is No Worse Pain” Why Did This Happen?

Dad and son had a lot of problems in their relationship because of the career and the decisions that were made.

For parents, children are the greatest love. And actor Sylvester Stallone shares the same love for his children even though he had some problems with his first boy.

When he learned that his son did not live anymore, he was shocked. He immediately distanced himself from the whole world. On July 13, 2012, 36-year-old Sage was found dead in his Studio City, Los Angeles home.

A small amount of sedative hydrocodone was found in his body. Forensic medicine concluded that the death natural stating that the 36-year-old died due to a condition that causes blocked arteries, a heart attack.

Actress Sasha Czack and Stallone were completely devastated. He had been the first child for both of them. The only thing they want at the moment is for the son to rest peacefully.

When he was alive despite the problems they had they found the solution. They even appeared in the movie Rocky V as father and son, showing a part of their real relationship.

The boy always complained that there was no time for him. “I got a lot of things out. We broke into tears a few times. After the film, everything changed. We’d do anything for each other, ”he said. ‘I loved that rare ending in Nighthawks that my dad was really sticking up for.’ And then a few minutes later he would look in a magazine and say, ‘Look at these tribal tattoos that my dad is getting at age 66. What is he doing? ‘”

His death left a huge gap that no one will fill. “It’s very, very tough. It’s a horrible situation, but time hopefully will heal, and you try to get through it, but it’s just something that’s a reality of life, ”he says.

What do you think? Is the death of a child the worst thing that can happen to you? Share your thoughts with us in the comments on Facebook.