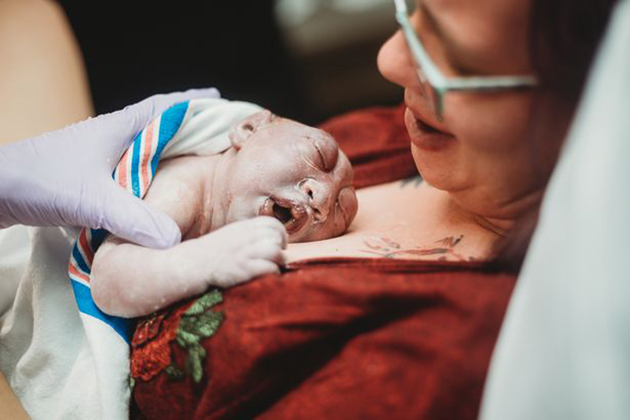 Krysta Davis and Dereck Lovet made their worst day into the most beautiful day for other parents.

When Krysta was four months pregnant the doctors told her the baby was sick and would not survive because she had a rare brain disorder called Anencephaly.

This type of disease does not allow the brain to develop and pregnancy should be terminated immediately. The doctors told her another option, to continue the pregnancy and donate the organs.

The parents decided to keep it. Since they could do nothing for their daughter’s life at least she could save other children.

The girl was born for Christmas at only six pounds and lived for 1 week. Doctors thought she would live less. She died on New Year’s Eve.

Krysta was experiencing a mix of feelings. ”There’s no way to describe how amazing it felt. When you go to thinking you’ll only have 30 minutes with your child, and you get an entire week, ”confessed the lady.

Two heart valves were donated to two different children. The lungs will be used for research. Dawn Mazurek, the coordinator of Hospital Development with Tennessee Donor Services, thanked not only the parents but also the doctors who gave them the idea for the donation.

Would you do such a thing with your baby’s organs?