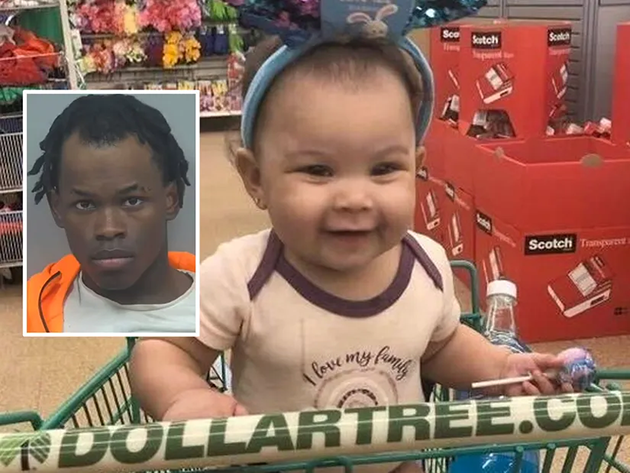 An 8-month-old baby girl died while her father was being arrested. Tani David Japez McCorry Whatley, 20, is now charged with the murder of his infant daughter Nova Grace Whatley-Trejo – because police say he never mentioned the girl had been left there.

According to the police, the man entered the premises of the police station to get a firearm that had been confiscated. The police had as a procedure the control to make sure that he would not use the weapon.

At this point, they realized that Corry had a warrant out for a probation violation, related to a hit-and-run with no insurance. So he was then arrested and taken to Gwinnett County jail.

He was released later but at no point did he mention that he had left his 8-month-old daughter in the car. “He made no statements as to the fact that his daughter was left in the car, two buildings away from the Snellville Police Department,” Detective Jeff Manely told a press conference.

“He was in the presence of our officers for over 40 minutes, recorded on dashcam and body cam. He made no statements that the child was present. ”

“We have him on video from the time he walked into this lobby, to the time we transported him to Gwinnett County Detention Center and released him to sheriff’s deputies there. He was on video the entire time, “he reiterated,” he never made a statement that that child was in the car. “

The police found out to be only the moment her grandmother appeared at the police. He had found a way to notify her to get it but it was too late.

For this reason, the police have filed charges against him with second-degree murder. “I’m absolutely astounded someone could leave an 8-month-old in the car, park away from our building and walk up here knowing that child was in the car,” Detective Manely told reporters.

An investigation is ongoing.