Home » A Pregnant mother, Her Husband, And Two Children Lost Their Lives In A Terrible Car Accident 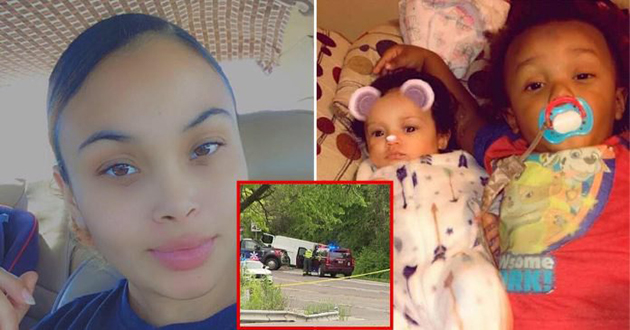 A Pregnant mother, Her Husband, And Two Children Lost Their Lives In A Terrible Car Accident

An unfortunate family was wiped out due to an accident where a 22-year-old pregnant mother died along with her two children aged 2 and 7, her husband, and her brother.

22-year-old Travon Nelson was driving with his family and ex-girlfriend when the car went off the road.

According to investigators at Missouri State Highway Patrols, Nelson went off the right side of the road and veered to the left side.

The moment the driver would start the SUV a truck comes at high speed crashing the car and pulling it off the road.

“It was the worst Mother’s Day of my life. What a way to spend it. I’m just at a loss for words. It hurts, ”said Travon and Samuel’s mother Kennesa Thomson in an interview with Five On Your Side.

“Oh, my God. I have been crying ever since, ”Ms. Talley told KMOV4, mentioning the curvy road is filled with potholes and motorists always speed. “I heard the screams. I hear it every time somebody dies out here. ”

Witnesses said it was a terrible thing to see a family in that condition. Many people stopped trying to escape but did not succeed.

We wish their souls rest in peace.