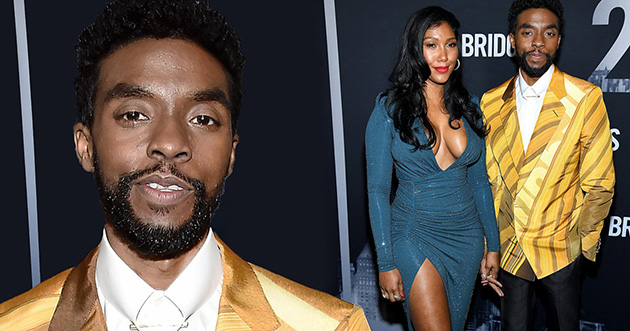 Chadwick Boseman, the 43-year-old actor who starred in the 2018 film Black Panther has died. This was caused by colon cancer leaving his wife Taylor Simeone Ledward alone.

Simeone graduated from California State Polytechnic University Pomona in 2014 for songwriting. During school, she ran the school jazz band.

They were first seen together in 2015 at Los Angeles Airport and in 2017 outside Jimmy Kimmel’s studios. At that time he was invited to the show.

They have kept their relationship a secret. The connection was first confirmed by Ledwards’s grandmother during an interview in 2018.

Their public appearances were on the red carpet as the Black Panther, 91st Annual Academy Awards at Hollywood and Highland on February 24, 2019, in Hollywood, California, and also the 21 Bridges screening at AMC Lincoln Square Theater on November 19, 2019, in New York City.

Even more, their relationship was confirmed in the Motion picture for Outstanding Actor where Boseman kissed Ledward before ascending the stage.

During the speech he delivered one of the words was “Simone, you’re with me every day. I have to acknowledge you right now. Love you. ” She mouthed back the words, “I love you.”

In 2019 they both got engaged while on vacation in Malibu. The last third public appearance was at the 69th NBA All-Star Game at United Center on February 16, 2020, in Chicago, Illinois.

It is still unclear when they got married. Before Boseman died in a statement to the media he called Ledward his “wife”.

He died in his house surrounded by his wife and family. The family thanks you for your love and prayers, and asks that you continue to respect their privacy during this difficult time.

Let us all pray together that his soul may rest in peace.