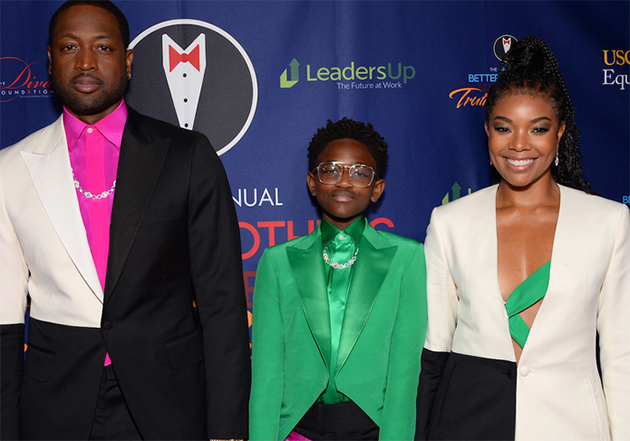 We now all know that Dwayne Wade and Gabrielle Union have joined forces in Hollywood and sports. Their family is to be admired.

While being profiled for the 2020 TIME 100, Time magazine’s list of the world’s 100 most influential people, actress 47 and athlete 38 encourage their children to love themselves for what they are.

“Freedom exists in so many different forms, but we are so blessed to be in a household where we have free children. We have a daughter that is almost 2, that the world has seen, is bound to nothing but whatever is in her heart and on her soul at the moment, ”Union said of her and Wade’s daughter Kaavia James. “And it’s beautiful to watch truly free children.”

Also for the 13-year-old girl Zaya, they encourage her to be herself in her way.

Zaya earlier indicated that she was part of the LGBTQ and had parental support. Union is the stepmother of three 18-year-old children Zaire Blessing Dwyane, Xavier Zechariah, 6, and Zaya.

In an interview, the couple says about their daughter that they just love her as she is. . “We’re still kind of getting used to being recognized for doing things that have really kind of come naturally like loving your kids as they are,”

According to them, every parent should love their children as they are unconditional. Zaya has taught them to look at life differently and accept reality.

“She’s helped us see, you know, live differently, and I’m thankful for her,” Wade said. “She’s allowed me to be informed where I can help, you know, in the same process. Right now it’s a lot of people in the Black community that will not accept someone from the LGBTQ community, you know, and look at them as different and not worthy. Not worthy of life. ”

Would you accept a child with such a sexual orientation in your life? Share with us your comments on Facebook.