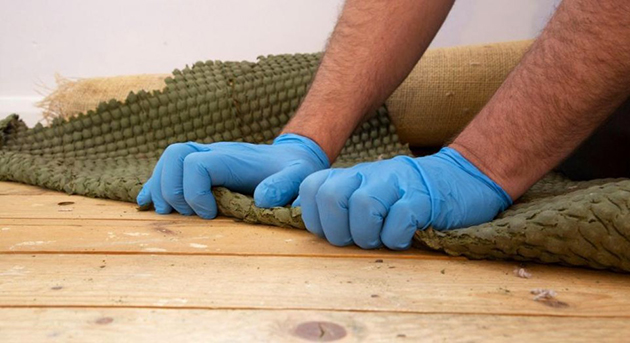 He found a secret room on the floor of his house

A father was renovating his house and saw a secret room that he didn’t know existed.

After moving into the pre-1900s home with his wife Kimberley Jane in 2015, Ben Mann couldn’t believe his luck when he discovered a secret stairwell leading to an old cellar

They had no idea there was a secret room until they saw the damaged floor and decided to take a look.

When the couple discovered the underground cellar was filled with water and rubble, Ben, 39, opted to put it on the backburner while restoring the rest of the house.

Ben, who is a sign maker, explained: “There were some rotten floorboards, and the person I bought the house from wouldn’t allow me to look around until we were settled in.

After noting that several of the houses in our neighborhood had cellars and steps leading down, I had a feeling something was concealed underneath.

“I took a chance and guessed the location of the stairway, cutting the hatch open and discovering a flooded cellar.

“It was in terrible shape, with a foot of water and rubble on the ground. I had to replace all of the floors and joists because they were decaying. Despite the fact that it needed a lot of repairs, I saw it as a fun bonus.”

After cleaning the entire hidden room, they decided to turn it into a home theater and a playroom for their daughter.

Spent $4500 for all the changes along with the furniture.

“A huge l-shaped lounger, shelving racks, a popcorn machine, a sweet vending machine, a mini-fridge, a projector, and a bar area are among the amenities. It’s around 12 square meters, and it’s a perfectly functional space that we’re glad we found.”