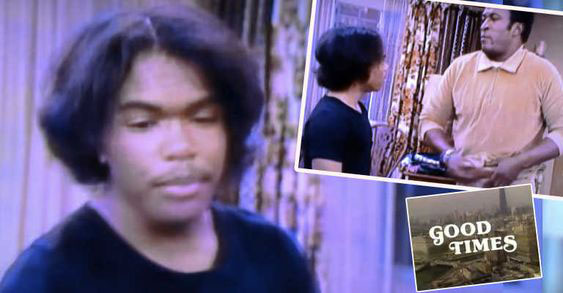 The ‘Lunch Money Rip-Off’ episode on “Good Times” is one of the most beautiful episodes ever aired. Michael Evans was ridiculed a lot by the school bully he decided to take a different approach and invite him over for the weekend.

Eddie who was the name of the bullied boy was invited to the Evans family to learn a lesson about love and respect. The lesson came as a whopping or put it another way a slap form.

But nowadays things are very different.

Robert Douglas Grant Jr. played the role of Eddie but also other roles such as “Footballers’ Wives,” where he played a TV sports presenter, on “The Electric Company” and “What’s Happening.”

Robert died on May 10, 2018, just days before his 59th birthday. He was married to Eileen Grant and she tells how they met.

“I had an art show, and Robert was going to be having a show at the same venue, so the staff suggested that he should attend, to see what the place was like, so we met at my show,” said Eileen. “I thought he was pretty fetching, so we exchanged numbers. The next week, we went out for coffee and it wound up being a whole day and evening out, it was just magical. ”

“He totally surprised me,” said Eileen. “He got down on his knee and gave me his grandmother’s wedding band. It was very romantic. ”

During the ceremony, Eileen was escorted by two of her uncles as well as her father. “They’re all very special in my life, so when I came through the chapel doors, my Dad met me and took me down part of the way to one uncle, and then he took me to the second one, who gave me away. ” Eileen carried a bouquet of roses and lilies.

We thank the actor very much for the beautiful moments and memories he gave us and we hope he is resting in peace.