Home » Man tries to convince the 10-year-old girl to get into his car, but he doesn’t succeed for a special reason 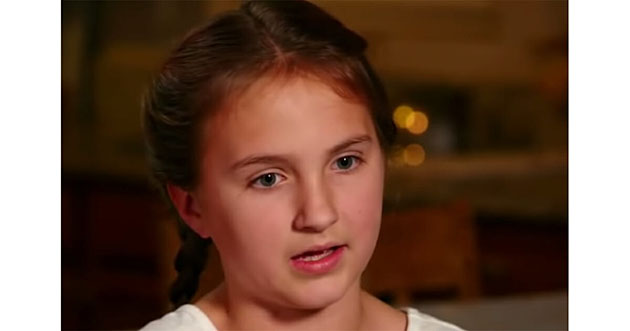 Man tries to convince the 10-year-old girl to get into his car, but he doesn’t succeed for a special reason

The kidnapping of children is something that happens often even though we refuse to accept and believe it. The National Center for Missing and Exploited Children revised its estimates of stranger abductions to 4,000 to 20,000 per year, while previous figures estimated these numbers to be 50,000 per year.

The question that raises many parents is what to do in such cases to protect our children. There is a method that has been used many times.

It was November 7, 2018, when the deputy of the Pinal County Sheriff’s Office was alerted of a potential abduction of a young girl named Maddison. Accidents have been prevented because parents have taught children to use a keyword.

Only the parents and the child know this keyword. If a stranger hides and doesn’t know the code, then he might want to steal it.

“At 3:45 p.m., a [10]-year-old girl was walking with a friend near a park in the neighborhood when a man, driving a white SUV, pulled up next to them. The man told the girl that her brothers were in a serious accident and she needed to go with him,” the Facebook post by the Sheriff’s Office read.

“The child asked the man what the “code word” was, but he did not know it and drove off.”

Thanks to this, a child’s life was saved. This story went viral to raise awareness for other parishes to do the same.

“Kudos to the parents of this child for having a code word and talking to their children about stranger danger. We hope by putting this out, it will encourage parents to have that conversation and create a plan with their children, so they know what to do if they are in that situation,” Sheriff Mark Lamb wrote.

Brenda James, the girl’s mother wants to give a message to all other children that they too use code words.

“[Maddison] can show other kids it’s okay to ask that question and not everyone’s your friend. I think kids respond more to kids than they do adults, and they can understand they can be brave and smart and run,” she said.