Home » Parents Forget To Feed The 2 MO Baby, He Dies From Starvation 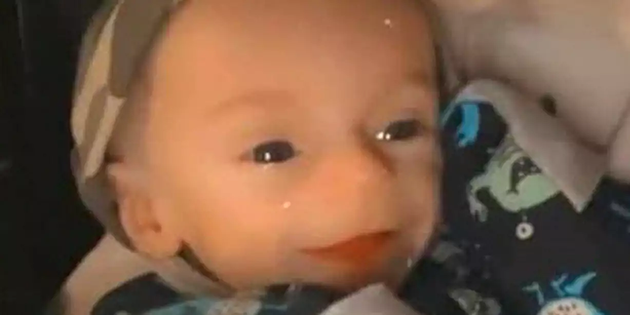 Parents Forget To Feed The 2 MO Baby, He Dies From Starvation

A couple from Indiana has been arrested for leaving their two-month-old baby without feeding and he died.

Caylin Monroe, 23, and Jakob Scott, 22, have been charged with negligent homicide.

This investigation began in February 2022. The Warrick County Sheriff’s Office received a phone call from a child who was not breathing.

When they arrived they found the baby dead. According to the autopsy you did Silas Chance-Kent Scott died from starvation.

The mother according to the testimony given to the police had said that the child was born very small but healthy and had growing difficulties. Her mother had expressed concern about the size of the baby.

“Caylin stated that her best friend, Grace Hudson, asked why Silas was so small,” the affidavit says. “Caylin stated she said, ‘yeah, he is a little small.’ Caylin stated that she thought there was something underlying wrong with Silas, but she never had time to call and get a new pediatrician.”

Monroe said she had fed the baby but the autopsy showed the opposite. Then she told that the child was generally calm and could and had forgotten to feed him when he was caring for other children.

And earlier Monroe had been accused of an incident with the other child. She was required to keep a feeding log for that child.

Scott then said they would not feed the baby if he did not cry. He did not remember whether he had been fed on the day of his death or not.

At the moment they are under arrest and the court has not made any decision. No person in court will testify in their favor.