Home » Stained With Her Friend’s Blood And Pretended To Be Dead, Story Of 11-YO Who Escaped Texas Massacre 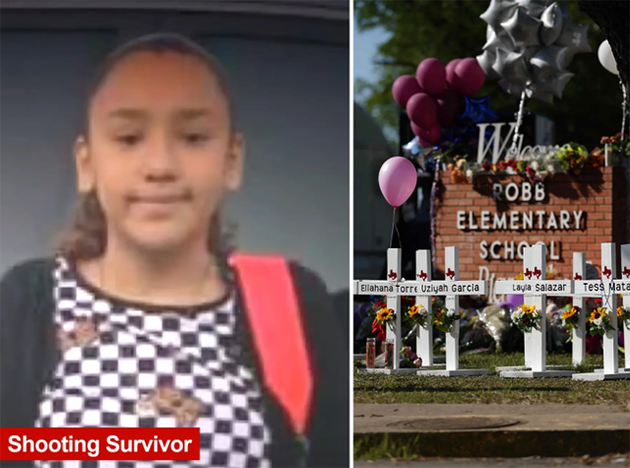 Stained With Her Friend’s Blood And Pretended To Be Dead, Story Of 11-YO Who Escaped Texas Massacre

For eleven-year-old Miah Cerrillo, Tuesday was supposed to be a normal day at Robb Elementary School, but quite the opposite happened. Suddenly he found himself in the middle of a real war scene, which no child of that age should experience.

That day she went to school late because she made a visit to the doctor, not knowing that this would in one way or another save her life. The little girl managed to survive the Uvalde massacre in Texas after being stained with the blood of her late friend.

According to the first reports of the “Washington Post”, Miah, although terrified by everything that was happening, lay down next to her seriously injured friend, who later died due to the wounds received, and washed her face and body with her blood in the hope that everything would end soon.

Miah was slightly injured in the back and neck, but after being taken to the hospital he received proper medical care.

According to Miah’s father, she is in shock and wakes up at night screaming as she fears it might happen again. “At this point, we just have to pray and ask God to help us move forward in this situation.

I know it is traumatic to have an 11-year-old girl going through this. “I can not imagine how parents who have lost their children feel.”