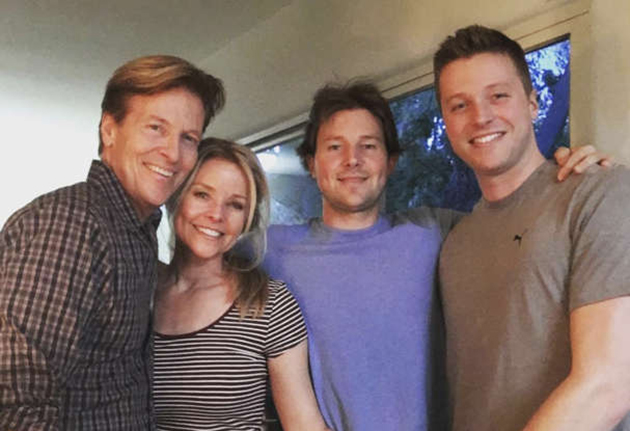 The son of the star Jack Wagner of “General Hospital” was found dead in the parking lot on the morning of June 6, 2022.

Harrison was known for his problems with addiction but the true cause of death has not yet been determined.

“Deferred means that after an autopsy, a cause of death has not been determined and the medical examiner is requesting more investigation into the death, including additional studies. Once the tests/studies come back, the doctor evaluates the case again and makes the cause of death determination, ”a spokesperson said in a statement.

Harrison scared his parents several times some time ago. In 2016 he suffered a relapse and lost a week.

“I’m going to ask those who want to share their fears, addictions & struggles to do so w me via Twitter. We can face them 2gether, I’ll start, ”Jack had tweeted at the time.

“I fear for my youngest son’s safety,” he had also written in a separate tweet. “Harrison has struggled w drugs & alcohol just as I did when I was younger. He’s relapsed & is MIA for 5days. ”

Kristina Wanger and Jack were married in 1993 and have another son named Peter. Kerry is his daughter from a previous relationship. Jack and Kristina, who both starred in “General Hospital,” officially got divorced in 2006.

A few days before his death Kristina posted a photo of her with two boys on her Instagram.

“A bittersweet farewell to the place we called Wagner Ranch for 25 years. The prickly beauty of the high desert and a landscape surrounded by national forests always reminded us that there is peace when you are willing to look for it. Oh Ranch, it’s time to part. We’ll miss you so much with our heartwarming memories. We know that there are many opportunities for joy ahead, ”she captioned the post.

Our condolences go to the Wagner family. Who do you think could have been the cause of death? Share with us the comments on Facebook.