Home » “You Need help”, The Note That Saved The 11-YO From The Violent Stepfather While Having Lunch At The Restaurant 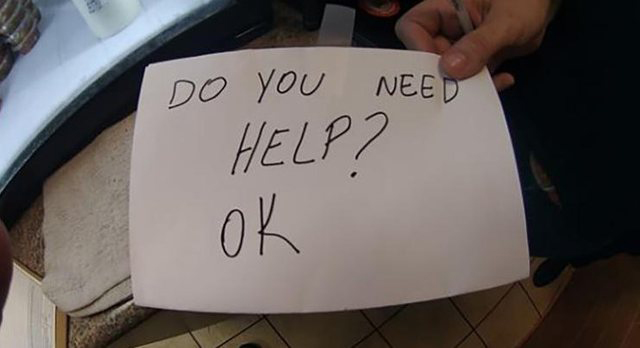 “You Need help”, The Note That Saved The 11-YO From The Violent Stepfather While Having Lunch At The Restaurant

It has often happened in developed countries like the US that in a public setting, citizens discover that someone, one of them is in fact a person experiencing domestic violence.

One such unusual story was recently told by CNN where a restaurant employee revealed how a child was raped by his stepfather.

The 11-year-old boy and his family were at the restaurant “Ms. Potato ”in Orlando on January 1, 2021, when Flaviane Carvalho noticed that he was sitting apart from his parents and sister, not eating and had bruises and scratches on his body and face.

Carvalho stood behind the boy’s parents and wrote a letter asking the boy if he was okay. When the child shook her head saying no, she wrote a second note asking, “Do you need help?”

After the boy shook his head saying yes, Carvalho called her boss and then notified the police.

After police arrived and questioned the child, his stepfather Timothy Lee Wilson, 36, was arrested at the restaurant and the boy’s mother, Kristen Swann, was taken into custody a few days later.

The investigation revealed that the boy was kept away from his stepfather’s family in a hotel room, denied food and drink, and subjected to military-style exercises and other abuses.

The perpetrator risks imprisonment and the decision against him will be given on August 19, 2022.

The boy was taken to a hospital where he was found to be 20 pounds underweight for his age, he also had bruises on various parts all over his body.

Prosecutors said the boy was hung upside down on a door in another case was handcuffed in a doll cart.

“What this child went through was torture. “I am a mother and to see what that 11-year-old has gone through… Shock your soul”, said one of the police officers.