Home » Chris Rock’s Mother Reacts For The First Time “When Will Slapped Chris, He Slapped All Of Us.” 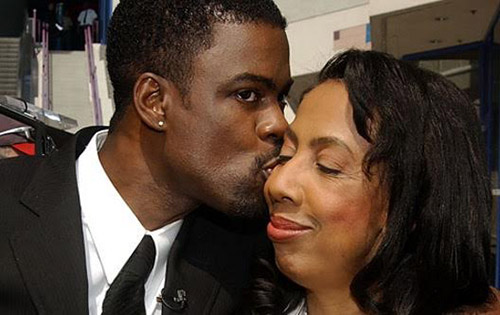 Chris Rock’s Mother Reacts For The First Time “When Will Slapped Chris, He Slapped All Of Us.”

Rose Rock the mother of comedian Chris Rock was in South Carolina on Friday giving motivational speeches at schools in that area.

For the first time in an interview with WIS Billie Jean Show, she talked about the shocking incident where her son in front of millions of viewers was slapped by Will Smith for a joke he made about Jada Pinkett’s hair.

“You reacted to your wife giving you the side-eye and you went and made her every day because she was mulled over laughing when it happened,” Rock said.

This was the first year she was watching the ceremony from home when her son was slapped by the actor.

She told WIS, at first, she thought the slap was staged, until “he [WIll] started using obscenities.” She went on to say, “When he slapped Chris, he slapped all of us.” She added, “He slapped me.”

According to her, her son was very excited to give Questlove his Academy Award but this moment was ruined by Smith.

“No one even heard his speech. No one was able to just be in the moment because everyone was sitting there like, ‘what just happened?’ ”She said.

The only thing she could do from home was to feel proud of the way her son coped with the whole situation. But it was hard to see her as the mother she is.

She even adds that things could have gone differently if Chris had turned to her and they would have fought.

A little earlier the Academy decided to expel Smith for 10 years. When Rock is asked about this decision she says:

“I wouldn’t take his award away, and I don’t see any good way they could have taken him out without disrupting.” However, the Hollywood mom did say the lack of apology from Will Smith for his actions has hurt her. “I feel really bad that he never apologized,” Rock said. “I mean his people wrote up a piece saying I apologize to Chris Rock, but you see something like that is personal, you reach out.”

Do you think sh is right? Tell us in the comments on Facebook.