Home » Dog Says Goodbye To His Master At The Funeral 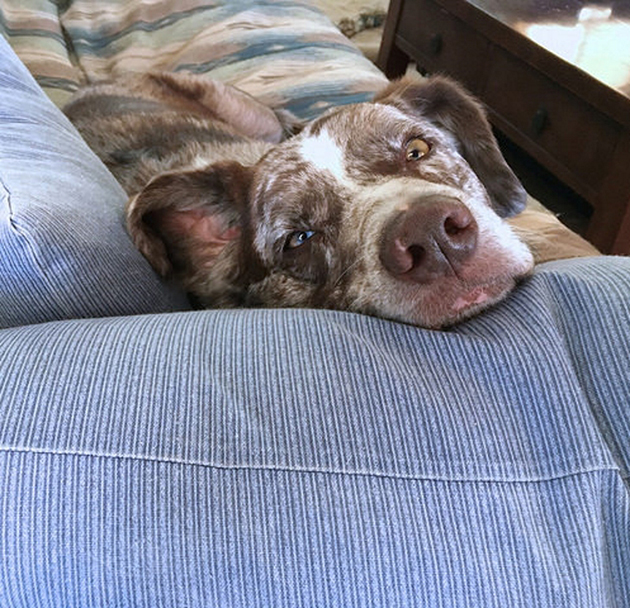 Dog Says Goodbye To His Master At The Funeral

Dogs are one of the most loyal animals to humans. They and in cases where their masters have disappeared have stayed in the same place as usual waiting to come.

Sadie is no exception. This 13-year-old border collie-dalmatian-shepherd cross was adopted by her human parents when she was eight weeks old.

But where her master passed away Sadie was destroyed. Julia Beaulieu said that when emergency workers ceased working on her husband at their home, their pup walked up to him, laid down beside him, and nudged his hand with her nose.

Julia and Sadie faced a sudden loss. The dog waited in the window for the master to return from work by car as he always did.

Sadie did not eat for 10 days and dropped 10 pounds. When Julia decided to make a memorial service for her husband, Sadie also took place.

Sadie approached the coffin with Julia standing on her hind legs and peered in.

The dog seemed to be shocked by what she was looking at. She calmed down and was standing next to Julia.

Jeremy, who also organized the memorial service, says he has seen many such cases and that the animals are families. He took a picture and shared it to show how beautiful the connection between humans and animals is.

“This photo has touched us so deeply at Elements Cremation, Pre-planning & Burial, and we and the family want to share it with you. This photograph captures a special moment between a man, his wife, and their best friend. She had recently lost her dear husband to a sudden heart attack and wanted to see him one last time to say goodbye… After the death, she showed signs of depression, would not eat, and waited for him to come home every day. The wife believed that Sadie could also benefit from saying goodbye and getting closure herself, and she was right! ”

After the memorial Sadie returned home and quietly ate her first meal. Apparently, after seeing his master for the last time she calmed down.

What a beautiful history! May they find peace together in the years to come.