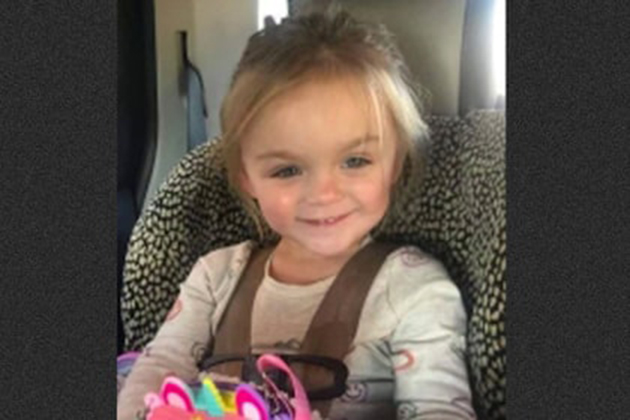 Kansas police faced an unusual situation. During a hostage-taking, they shot a 2-year-old girl by mistake.

After two hours of confrontation, an officer fired a single shot in retaliation, killing the daughter of suspect Clesslynn Crawford.

The incident occurred on March 26 when a woman telephoned the police during a domestic disturbance.

When the officers arrived at the address they knocked on the door. Eli Crawford answered the door, but after seeing it was the police, slammed it back shut.

Then his daughter opened the door again and the mother ran outside. As soon as she left the house, the man shot her dead and started shooting at the four officers.

The officers managed to hide and did not return fire. He shoot at them 90 times using weapons of various types.

After two hours and 10 minutes, an officer fired a single shot at the house.

As they got closer to the house, they noticed 3 corpses in the house. Shutte was lying outside.

It is believed that Eli Crawford, 37, died of a single, self-inflicted gunshot wound. The investigation indicates that 2-year-old Clesslynn Crawford died as a result of the single round fired by an officer from the Joplin Police Department. ”

Police say “This is a horrific outcome to what had already started as a very tragic incident,” he said. “Our heartfelt condolences go out to the families involved and the surrounding community. We ask that you pray for the victims and everyone involved. ”

The name of the officer who shot the girl is not known.

“Clesslynn was full of life and had a very bubbly personality. She was very loving and always happy, ”the child’s obituary read. “She was extremely smart for her age and loved putting a smile on everyone’s face.”

“Clesslynn loved Minnie Mouse, her binky, and never passed up a chance to dance. She would talk to you for days and was the definition of ‘A BOSS BABY’. She always loved to cuddle, and although little, she was very fierce. Clesslynn had the eyes of an angel and a smile that could warm anyone’s heart. There was never a dull moment around this sweet girl. ”

This was not the first tragedy to happen in that family. Clesslyn’s 8 and 6-year-old cousins ​​were killed by a house fire.

The reasons for this action of the father are not known yet. We simply hope that the souls of mother and daughter rest in peace.