Home » Husband Loses Wife Two Days Before Birth Of Daughter. She Would Be So Loved By Her Mother 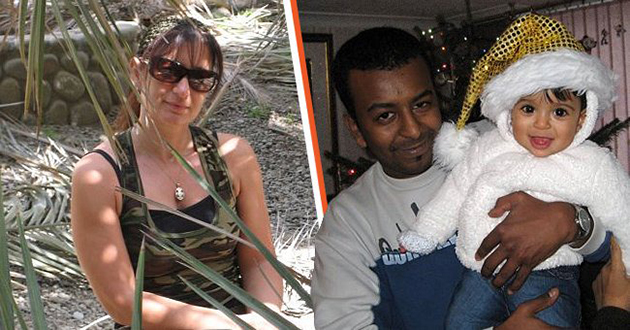 Husband Loses Wife Two Days Before Birth Of Daughter. She Would Be So Loved By Her Mother

Mahmoud Soliman faced one of the strongest pains when his daughter was born. He lost his dearest person, his wife.

Jayne Soliman was known in 1989 as a skating champion figure who worked as a skating teacher in Abu Dhabi. There she met Mahmoud Soliman. He was Egyptian and graduated in law.

At first, they stayed as friends but then the feeling between them increased. After a few months, Mahmoud proposed to her. Initially, she did not answer because of the age difference. After two weeks she said Yes.

Jayne converted to Islam under the name Aya Jayne. They married in April 2007. They later moved to Britain where she taught coaching and he started a master’s in business.

Jayne was 12 years older than Mahmoud so they decided to have a baby as soon as possible.

At first, she had an abortion but two months later she became pregnant. They were unsure how this pregnancy would go. They were relieved to hear their baby’s heartbeat.

They sang to the baby every day and sang to her when was in mommy’s belly. They were eagerly waiting for the day when the baby would be born.

When she was in the 25th week of pregnancy she came back from work with a lot of headaches. She vomited on the floor. The man went to get a glass of water in the kitchen when he suddenly heard a noise.

He called her but got no answer. When he arrived he saw his wife lying on the floor. Tried to lift her thinking it was a pregnancy concern.

After Jayne’s collapse, she was transported to the John Radcliffe Hospital by air. After a scan, it was revealed that the mother-to-be had suffered a brain hemorrhage.

The bleeding came because a tumor mass had affected a blood vessel. Doctors could do nothing. Already her brain was dead.

Even though her brain was dead, doctors could keep her heart beating for two days until the baby was born. The doctors would pump her body full of steroids so their baby’s lungs could grow stronger, which would take her survival rate to well above 50%.

It all depended on whether Jayne’s heart would continue to beat. The girl was born by cesarean section. Shortly after giving birth, her heart stopped beating.

The child was immediately placed in an incubator. Before she died the couple found two names: Ali if it was a boy and Maggie if it was a girl. Mahmoud named her Aya Jayne in the memory of her mother.

He said: ‘I will tell her what a lovely, lovely mum she had who would have loved her so much.

‘I was the one who always used to tell Jayney, “If I die, do this”.

She used to say, “Don’t die and leave me” – but last week she did leave me. She is my angel in paradise. ‘