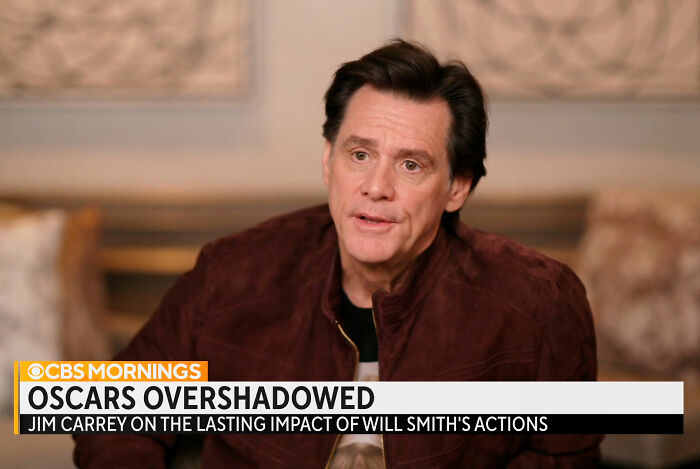 After the clash of actors Will Smith and Chris Rock at the 94th Oscar ceremony, other comedians have gathered among themselves to discuss the case in question.

Kathy Griffin, Joy Behar, and Lucas Brothers are among the world’s comedy stars who have defended Rock on Twitter. The other comedian, Jim Carrey, has added his voice to the debate, condemning Smith’s actions – and the response of other Hollywood celebrities. In strong terms during an interview with CBS Mornings presenter Gayle King.

“I was shocked,” the Sonic the Hedgehog 2 star said during the interview, which was recorded on March 28, but only recently became available online.

“I was shocked by the standing ovation. I felt like Hollywood was just without a backbone. It felt like, “Oh, this is a clear indication that we are no longer a delightful club.”

Carrey also made it clear that he felt Smith should have faced more serious consequences for hitting Rock, including possible arrest.

Academy sources said Smith’s departure from the ceremony was “definitely discussed seriously” shortly after their meeting, while the Los Angeles Police Department confirmed that Rock refused to file charges.