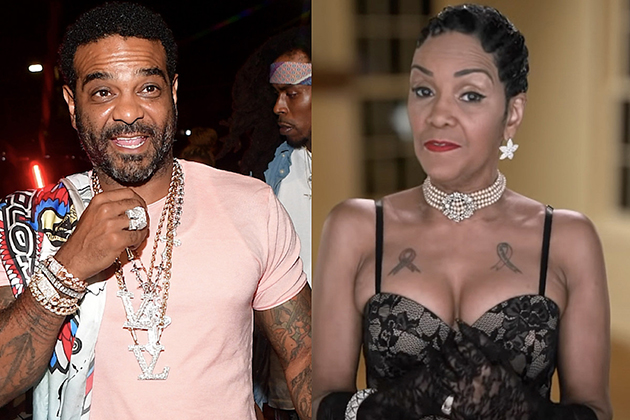 Jim Jones is surprising many people when in a radio interview he said that his mother kissed him with his tongue when he was a child.

Speaking in an interview given on Youtube he talked about his relationship with his mother saying that she had taught him sex education. Yee asked him what his mother had taught him about sex. His declaration would be viral.

The Harlem rapper revealed that his mother Nancy Jones (a.k.a. Mama Jones), taught him how to tongue kiss by actually kissing him.

“My mom taught me how to kiss when I was younger,” he disclosed.

“What were the instructions?” Yee asked.

“There were no instructions, she showed me with her mouth,” Capo replied.

Shocked by his answer, Yee responded, “She kissed you?”

“It’s my mother, what do you mean?” a puzzled Jones retorted.

Jones later explained that his mother had given birth to him when he was only 17 years old. This also explained the strong connection they had with each other. It is common for mothers to talk to their daughters or sons about sex.

Because of their advanced age, they become more like sisters and brothers than mother and son. In the end, Jones adds that this should not be a surprise and that his mother was direct when teaching him about sex.

However, in a blog post about Jim Jones ’statements on Lip Service, fans in the comment section had polarizing opinions about his remarks.

People began to have different opinions on this. One commenter said that this is normal and not sexual abuse.

“So many men have been conditioned to accept their sexual abuse it’s so heartbreaking,” the person wrote, adding a crying face emoji.

Another person commented that Jones ’close relationship with his mother explains why Mama Jones hasn’t always gotten along with Jones’ fiancee Chrissy Lampkin.

“He was too confident in that response like that was normal. NO SIR !!! This explains a lot as to why she was like that with Chrissy, ”the user wrote.

Most of them think that Jones should have kept this detail to himself.

What do you think? Write us your thoughts in the comments on Facebook.