Home » Lived For 39 Years In Coma, Dies The International Soccer 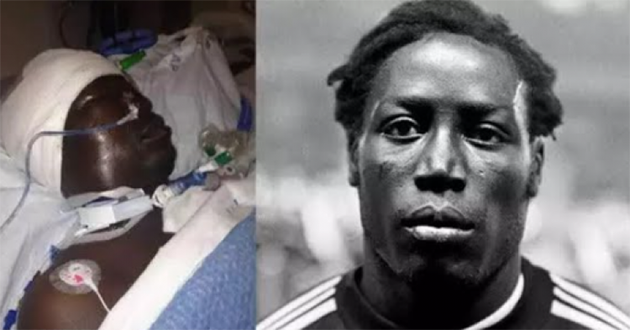 Lived For 39 Years In Coma, Dies The International Soccer

Jean Pierre Adams 1982 was an international soccer star for France and underwent knee surgery. Although he was in very good physical condition he had a complication during the operation. The doctors made a mistake in anesthesia and this left him in a coma. For years he breathed through a tube and died at the age of 73 why 39 years in a coma.

The operation took place on March 17, 1982. The doctors thought this would pass but it did not happen. On September 6, 2021, he died at Nimes University Hospital.

He was 34 years old when he made the intervention. He won 22 international caps in the name of his country, France. and felt confident that the operation would go well.

“It’s all fine. I’m in great shape, ”he reportedly told his wife, Bernadette, on the morning of the operation. These were his last words. His wife stayed with him until the last moments of his life.

Jean-Pierre feels, smells, hears and jumps when a dog barks. But he can not see, ”Bernadette said in 2007.

After that, the case went to court which lasted 7 years. The Seventh Chamber of Correctional Tribunal in Lyon found the doctors guilty of involuntary injury.

“People on Facebook say he should be unplugged… But he is not plugged!” she said. “I just do not dare to stop giving him food and water. He has a normal routine. He wakes up at 7, eats… He may be in a vegetative state, but he can hear and sit in a wheelchair. ”

“Even if Jean-Pierre wakes up now, he will hardly recognize anything. So is it worth it to keep living like this? If something like this should happen to me, I told my wife not to do anything to hold me back ”.”