Home » Melissa Lucio Is Sentenced To Death For Killing Her Baby, Her Supporters Say She Is Innocent 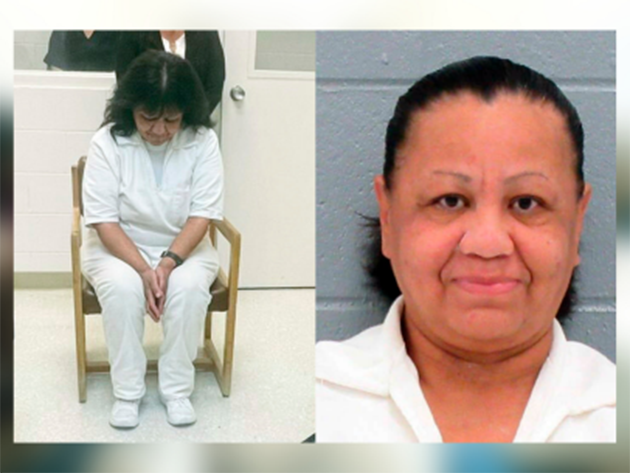 Melissa Lucio Is Sentenced To Death For Killing Her Baby, Her Supporters Say She Is Innocent

“If they go through with it, they’ll be killing an innocent woman,” Bobby Alvarez says of his mother.

A mother of 14 children will be executed on April 27 because she killed her little 2-year-old daughter 15 years ago. She denies this, saying it is something she did not do.

In 2007 police received a call from a child who fell asleep and did not wake up. Melissa Luccio said her daughter Maria Alvarez had bruises on her back because she had fallen 14 steps from their new apartment.

According to her that day she did not look like she had been killed. An autopsy determined Mariah’s cause of death was blunt force trauma to the head, and the state arrested and charged Lucio with m ** der.

According to Lucio’s lawyer, the fact that the day before the daycare she had lost consciousness may have had an impact.

“There are several potential causes and contributions to Mariah’s injuries and death that have nothing to do with intentional force,” pediatric forensic pathologist Dr. Janice Ophoven wrote in a declaration for the petition.

The discovery the child had disseminated intravascular coagulation, also known as DIC, was among the forensic evidence allegedly not examined in the case, Ophoven claimed. The blood-clotting disorder can cause considerable bruising to the body.

According to the police lawyer who interrogated the woman, they falsified the testimony of the confession where she pleaded guilty. This was due to inadequate interrogation techniques.

During the talk, she admitted that she had spanked her daughter but not so much as to leave bruises or other marks on the body.

“Over 100 times, she asserted her innocence. They refused to listen to her, sending the clear message that this interrogation was not going to stop until she told the officers what they wanted to hear, ”Vanessa Potkin, director of special litigation at the Innocence Project and one of Lucio’s legal representatives, told CBS News.

Potkin continued, “Her so-called confession was the result of highly coercive interrogation tactics, some of which are so coercive that they’re no longer used today.”

The help of other persons was requested so that this woman would not be executed. Her lawyer wrote a letter to the state’s governor, Greg Abbott, and asked him to intervene.

“The system literally failed Lucio at every single turn,” said Republican Texas State Representative Jeff Leach, who has noted he’s “a supporter of the death penalty in the most he * nous cases.”

Amanda Knox, who was accused of killing her friend in Italy, also reacted to her case. According to her, the police find it very easy to falsify evidence that has been given under great psychological pressure.

Bobby Alvarez, who was seven when his baby sister died, told CBS News of his mother’s impending execution: “If they go through with it, they’ll be killing an innocent woman.”

What do you think? Is this woman guilty? Tell us in your comments on Facebook.