Home » Monster Mother, How She Poisoned Her 3 daughters With Ketamine! The 9 YO Attempt For Help 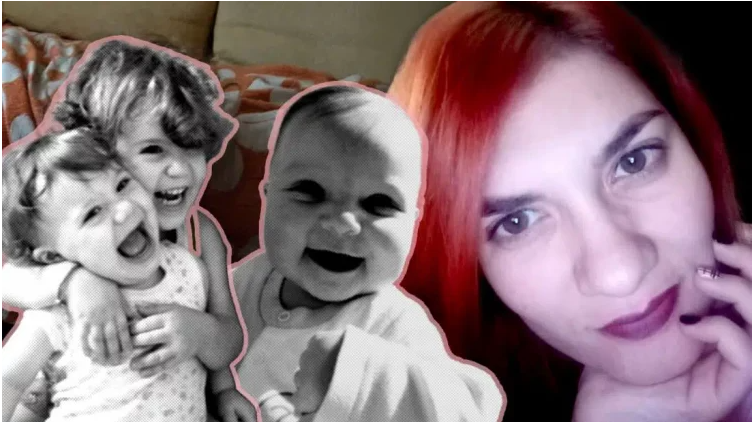 Monster Mother, How She Poisoned Her 3 daughters With Ketamine! The 9 YO Attempt For Help

The mother is the main suspect as the perpetrator of the murder of her three daughters in Greece. The case of the death of three children in Patras has been brought to justice after the prosecution and arrest of 33-year-old mother Roula Pispirigou. The woman has been kept in the prosecutor’s office all night and is expected to confess to what she did to her daughters.

After 10 hours of questioning, she will confess to the other two children. Most likely she will not accept anything, but from what can be estimated, if asked for 8-10 hours, she will not only confess where she found the ketamine but also how she killed the other two children because we are convinced that there is a finger in the murder of two other children… “- say the authorities.

Police discovered that 9 attempted murders were committed against the 9-year-old girl, after ketamine was discovered in her blood. In the child’s body, the amounts of ketamine were 6 mg per liter of blood.

Ketamine disappears from living organisms about an hour and a half after ingestion, which probably means that the person who gave the baby this information knew Ketamine was discovered in Georgina’s body three weeks ago. The substance was discovered in the Athens Laboratory and the quantitative evaluation was performed in the Toxicology Laboratory of Thessaloniki.

Pispirigou, seemed willing to assist in the investigation. However, when she was informed by the police that she would be arrested, she refused to say anything to the police. She was taken to a special place to spend the night in the presence of two police officers who were watching her every move to avoid any action that would even endanger her life.

New details have been revealed about the tragic death of three girls in Patras where their granddaughter was arrested last night after Ketamine was found in the blood of 9-year-old Georgina.

The moment officers went to her home they told her that in the blood of the 9-year-old girl, Georgina had found ketamine she replied that she knew after seeing her on TV. When asked if she knew what it was she said she had searched it on Google.

“Did you give it to the girls?” She asked. “I did not give it,” Pispirigou replied.

As part of the investigation are two people who are being questioned if they knew something and are expected to be called for evidence in the coming days.

Child psychologist Christina Bogiatzis talked about the paintings of little Georgina, the last child of the Daskalaki family who mysteriously passed away. Bogiatzis had previously analyzed the paintings and posted her interpretation on social media.

This fact angered her mother, Roula Pispirigou, who that same night contacted the child psychologist, asking her to delete the post and apologize.

“We are talking about two paintings, one with a heart and one in which the child shakes, which have an internal coherence, that is, in both paintings we see fear, we see a child who leaves what he lives,” said Bogiatzis. .

While denying that she put deadly substances in her daughters such as ketamine, which expert doctors found in Georgina’s body, the 33-year-old tried to break her composure in court by saying some touching words, according to her.

“I am a mother, I have lost all three of my children, I am one step closer to imprisonment,” Roula Pispirgou was quoted as saying.