Home » Nick Cannon Expecting His Eighth Child, He Made A Gender Reveal Party 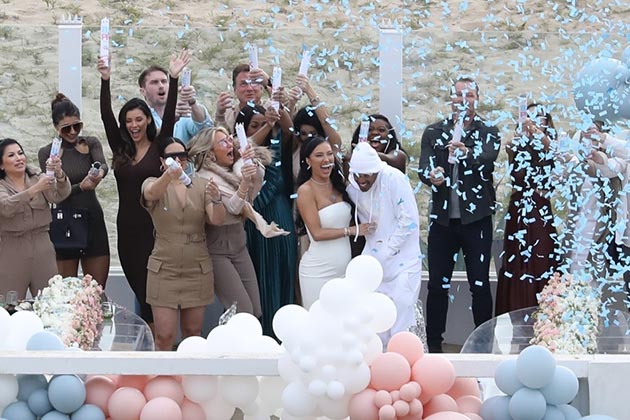 Nick Cannon Expecting His Eighth Child, He Made A Gender Reveal Party

Photos from the party show Cannon, 40, and a pregnant Tiesi, 30, gathered together with a small group of friends and surrounded by pink and blue balloons.

Tiesi – who recently finalized her divorce from Manziel – was photographed wearing a white high-waisted body dress, while Cannon was also dressed in white.

Photos from the event also show guests opening confetti balls, which fired blue confetti into the air to reveal that Tiesi is expecting a boy.

This will mark the first child for Ties and the eighth for Cannon.

The holiday photos come months after Cannon revealed he had become single following the advice of his therapist.

He welcomed four children with three different women in less than a year.

Tragically, Cannon lost his 5-month-old son Zen to brain cancer, which he shared with his ex-girlfriend, Alyssa Scott.

Tiesi had previously been married to NFL star Manziel, but the romance was short-lived. The couple got engaged in 2017 and quietly married in 2018 in a California court.

Six months later, she filed for divorce and deleted Manziel, 29, from her Instagram page, claiming that “the oaths had been broken.”