Home » Power Of Prayer: The Adolescent Is Brought Back To Life By His Mother’s Prayers 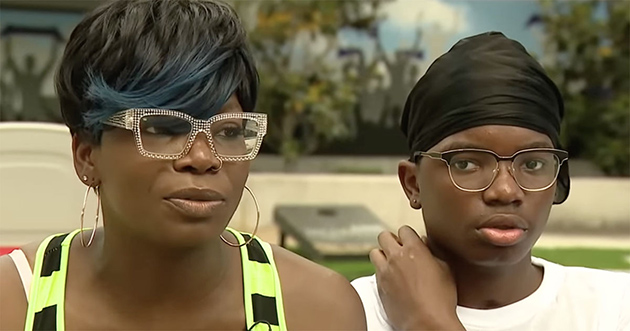 Power Of Prayer: The Adolescent Is Brought Back To Life By His Mother’s Prayers

We all pray to God for a miracle but a mother from Texas got it immediately. This is an inspiring story of how a mother’s love brought a boy back to life.

15-year-old Torianto “Junior” Brinson was a star student at his high school in Missouri City, Texas. He was an excellent student and was very good at sports and active in the band.

As soon as he was getting ready for good things to happen he had an accident. He had been thrown out of the car, as the car crashed. The car was completely totaled.

“One minute after it happened, my daughter called me, and she was hysterical. ‘Mom, you need to get here now.’ So, they were literally around the corner from the house. So, we drove on the street. Had to get out of the car, run, and saw him lying there, ”Junior’s mom, La’Kisha recalls.

When he went to the hospital, the doctors declared him dead. “They told us that he was gone, there was nothing they could do, and I remember asking them, ‘You’re just going to let my baby just sit here?’ And they were like, ‘There’s nothing they can do,’ Says La’Kisha.

At that moment she asked her family to pray. She lay on her son’s body and prayed as much as she could. And the prayer was heard.

“I was holding his hand and I prayed and told him, ‘Junior, I need you!’ A minute later, I saw his hand move,” she emotionally recounts. That movement became the catalyst for his treatment and recovery.

He was taken to the emergency room due to brain damage. The first months were very difficult because he spent them in semi coma. But it started to improve slowly.

“He was still having trouble moving around in bed consistently. Getting up and walking was very difficult. It required two people to help him, ”physical therapist Dr. Liz Larkin, who is working with him said.

Now the boy is playing basketball again. Junior expressed a desire to play with the Houston Rockets.

“My son didn’t get in trouble. He went to school, band star since eighth grade, basketball. So I refused to believe that God was going to take his future, even though it didn’t look like it. We’ve even had people tell us he wasn’t going to walk or talk, but we believed, ”his mother said.

Even though he lost a year, the boy will graduate again with his class because he has taken courses in additional homes.

We are very happy that Junior did it.