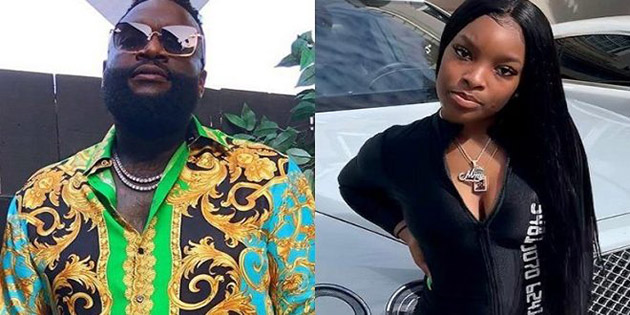 The musician owns many businesses with considerable income.

“When you are on a team with Rozay, you loyal to Rozay, you deserve the finest,” Rick Ross said regarding his choice to purchase a Lamborghini for Toie.

“She’s a real one,” the celebrity father said of his daughter. “As you can see, she is about her business,” Rick added. “She doesn’t really get into the small talk. And I respect and love her so she deserves it. ”

Ross will become a grandfather very soon. His daughter even says that he was very excited when they gave him the news.

Some people are convinced that Toie his daughter was pregnant three years ago. This caused Ross to unfollow the girl on Instagram.

Ross has recently become a businessman and has opened several fast-food restaurants.

“I’m happy because our culture drove so many of these products for so long without the brands just really putting us upfront when really that’s what we should have been doing,” the celebrity father said.

“And let’s continue to invest in ourselves because you could carry these brands, and a lot of times, a female rapper wouldn’t know, I could carry an entire movement as far as working alone with a franchise and I know they can now, ”Ross added.

“We’ve just gotta keep pushing it, keep tagging it, keep posting it, every day, the same way I wake up and do it every day because the ones who rock what you’re gonna embrace.”