Home » Steve Harvey’s Reaction After Sexy Photo Of His Daughter Lori With Michael B. Jordan 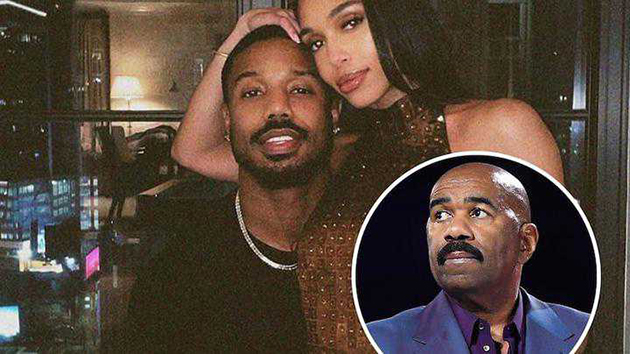 Steve Harvey’s Reaction After Sexy Photo Of His Daughter Lori With Michael B. Jordan

Steve Harvey was embarrassed after seeing the photo of his daughter Lori Harvey with her boyfriend Michael B. Jordan. His reaction was very funny.

During an interview with Ellen Steve, he wondered if his daughter Lori had spent the holidays with the family when the picture of her daughter sitting on Jordan’s lap appeared on the screen.

DeGeneres asked, “Look at that, that’s happening in front of you?”

Harvey later explained that these are the second holidays Michael J. Jordan spends with his family. He had even recently bought her a pack of 100 cigarettes, which were very difficult to find just for him.

“He gave my wife some skis. Who does that? ” he asked. “Only way you give your potential mother-in-law some skis is because you want her to be your mother-in-law.”

Even though he said the best words for Michael, he still has his reserves for him just like any other father. “At the same time, I got my eye on him I can’t whoop him but if he ever turns around, I’m going to knock his ass out.”