Home » Still sleeping in a bed with her 11-year-old son, Alicia Silverstone’s action caused many controversies 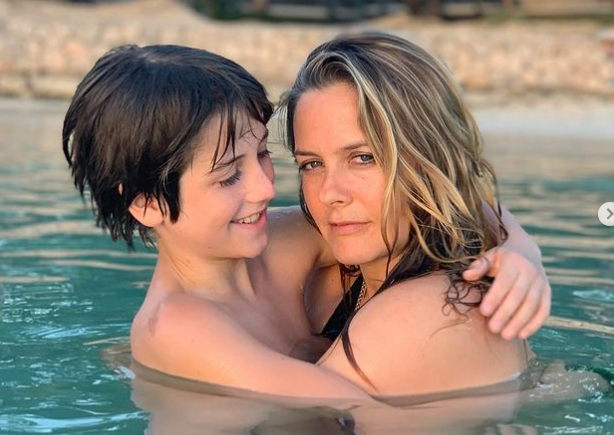 Still sleeping in a bed with her 11-year-old son, Alicia Silverstone’s action caused many controversies

Alicia Silverstone gave a performance in the comedy “Clueless” that made everyone love her. On “The Ellen Fisher Podcast,” she engaged in a discussion about parenting.

“It’s so natural to just want to keep your baby close and follow your intention with that,” the host Fisher said. This prompted Alicia to make a confession of her own, “Bear and I still sleep together. And I’ll be in trouble for saying that but I don’t really care,” the actress said.

She also believes in “elimination communication” where a parent receives signals from the child when they need to give up something. Alicia started this when the child was 6 months old and at the age of 8 months, he did not poop in a diaper again.

Silverstone says that she put her son in after eating or before sleeping in the toilet because those were the moments when they usually pooped.

“So those are two simple cues. And they happen a lot. Babies wake up a lot and babies eat a lot. So, if you just practice putting them to the bathroom after that, that will knock out, like, half your diaper usage,” she elaborated.

“The cues part for me was really fun because I thought that he was flirting with me because he would do this little smile, but that’s when he had to pee. But they give you a cue,” she said.

Christopher Jarecki, who was her husband at the time, initially did not agree with the method, but when he saw the results, he was surprised.

Silverstone’s parenting style is quite different. She revealed that her son Bear saw her movie “Clueless” when he was just 5 years old. She said, “because it was on at the Hollywood [Forever] Cemetery [and] … 4,000 people came to see and I couldn’t pass that experience up, of watching it under the stars, pillows on the ground with rosé.”