Home » No One Came At Student Graduation,Teacher Takes Him For Lunch And Gives A Car As A Gift 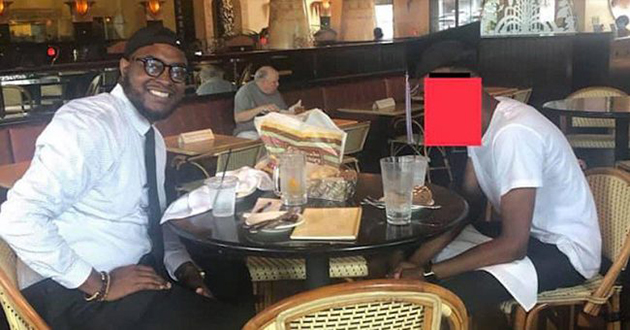 No One Came At Student Graduation,Teacher Takes Him For Lunch And Gives A Car As A Gift

For a young man from Alabamadita graduation was very sad. That’s because no one showed up for him that day. This also had a positive side because it strengthened his ties with the teacher.

Bessemer City High School organized a graduation ceremony. Dominique Moore was one of the teachers who organized the event. After the ceremony was over Dominique was cleaning up the mess.

Almost all of them had left with their loved ones, only one boy was sitting there still alone.

“I know his moods and I knew he wasn’t himself,” Dom told. “I asked him, ‘Where are your people?’ And he was like, ‘Nobody’s here.’

The teacher did not know what to say at first but then said “I expect big things from you and it’s going to be OK.”

Dom thought someone would come and get it but no one showed up. He offered to accompany him home.

At first, the teacher thought of stopping somewhere to eat where he wanted. They ended up at the Cheesecake Factory and enjoyed a meal and dessert to celebrate the graduate’s achievement.

They were having a great time with each other. Then he asked why his parents did not come to the ceremony. What should be valuable to him was to feel appreciated for his achievements. He didn’t get any answer

After sharing the story on social media, he asked other people to help the boy. In an open account, he collected about $ 5000 donations.

The teacher wanted to help her buy a car and save the rest for college.

“I’m feeling amazing, that so many people would bless him in the way they have,” Dom told GNN, nine days after he started the fundraiser, which has undoubtedly raised more money since the first report. “He has received plenty of funds which have been turned over to a financial advisor.”

Dom wants to show everyone how important it is to forgive love and help others. “We take people and life for granted. Even though we have bad, at this moment it shows that mankind is good. ”