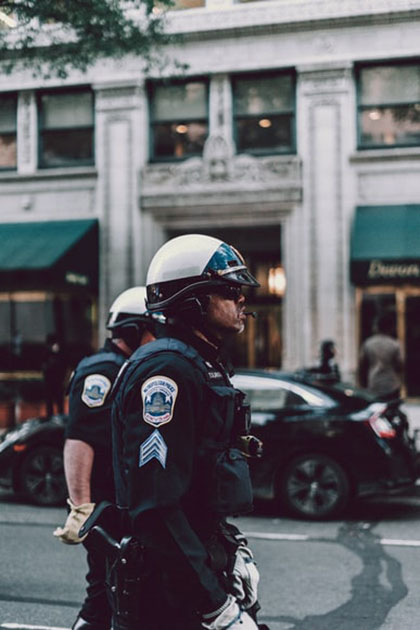 Oftentimes, when parents want their children to behave well, they tell them that they will call the police. This makes police officers scary in the eyes of young people.

Brooke Yost, a 9-year-old girl, thought that the police are not good people because they put people behind bars without knowing their real purpose.

So, one day, while she was waiting in a queue to buy a dozen donuts at a gas station, she realized she didn’t have enough money. So she became even more nervous the moment she saw a policeman standing behind her. He thought they would arrest him because he had no money.

In fact, the opposite happened. The policeman paid for the donuts. Brooke, embarrassed, took the donuts, said thank you, and left.

When he went home, he realized that the thank you was not enough and decided to do something more. He wrote a letter and put $10 in an envelope and took it to the police station.

“My name is Brooke and I am 9 years old. I was at Sheetz and I didn’t have enough money. A nice police officer behind me kindly paid for my item. I thanked him but I felt bad because I didn’t offer him the money I had. So I am donating this money. I want to thank this officer again. Stay safe, Brooke,” the note read.

The letter was received by Chad Savannah who paid for the donuts. The letter touched the heart of him and the other officers. As a reward, they gave the girl a $50 gift card.

Brooke didn’t buy anything for herself but donated it to charity. The officers welcome him to their station and give him a tour, explaining the work they do.

“We’re trying to teach our kids right. That’s all we’re trying to do is teach them the right thing to do and to take care of what they owe. We felt that she owed them donuts,” Brooke’s mom said.

Have you ever said bad words to your children about the police? Share your comments with us on Facebook.