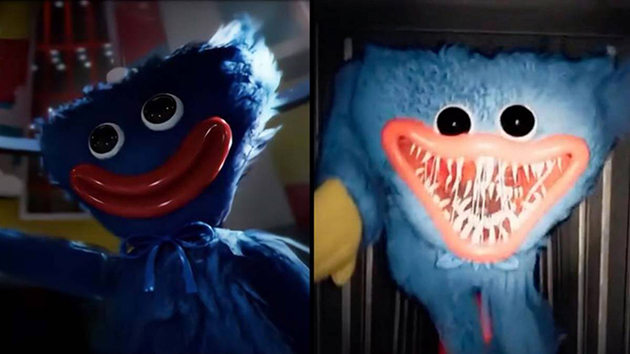 Police have noticed a problem with a viral character on social networks. Huggy Wuggy is a blue bear with very sharp and very scary teeth. He has a macabre sense of humor.

The major antagonist first appeared in the 2021 horror video game Poppy Playtime, he’s since been doing the rounds on TikTok and YouTube.

Huggy Wuggy is traumatizing children online so much that police are warning parents.

A Dorset Police spokesperson said: “The blue bear-like character has long arms and rows of razor-sharp teeth. “Set in an abandoned toy factory, Huggy is a villain in the game who stalks the players from vents are unreachable places.

“Videos of the game are on Youtube and a song with the lyrics ‘I could hug you here forever, till you breathe your last breath together.”

Even if I use Youtube for kids the video appears because it does not have a weird name in the video. You have to be very careful with what the child sees.

Poppy Playtime versions are on Youtube and Roblox where there is no age limit for children. Many parents express their concern by describing it as ‘frightening as a lot of parents will be oblivious to this level of violence our children are being exposed to’.

Someone else says the game is becoming very popular spreading very fast. “It’s extremely concerning because this character is really sinister and frankly terrifying. It’s almost becoming the online version of that Killer Clown craze. “

He says “We are seeing children recreating a game on the playground with hugging and whispering nasty things,” she said.

“It’s a very deceiving character, as hugs should be seen as something kind and loving, and because of its cute name, it can infiltrate firewalls and filters.

“Please be vigilant about what your children are watching.”

Please share to warn all the parents you know.