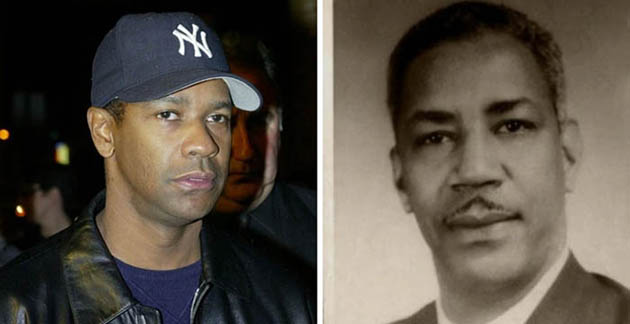 Denzel Washington is one of the most respected and educated actors in Hollywood because of the good education he had. Despite being a very famous actor, he still finds time to take photos, laugh, and talk to his fans.

Denzel Washington is known for his modesty, politeness, and a man of morals who lives it to fullness.

But how was his childhood? Many people are not aware of this part because he has always been very reserved. The strict discipline of his mother always seeking the best for him has brought him here.

Washington is married to Pauletta and they have four children and have been married since 1983. His priority has been the family he considers sacred. Yet we can not say the same about his childhood, especially his difficult relationship with his father.

His mother had a beauty salon and was a city girl. His father was a boy who came from the province and grew up on a farm.

His parents divorced when he was 14 years old. In order not to be affected by the events that would follow, his mother sent him to a college in upstate New York. This decision changed his life.

At the age of 18, he returned home where his father evicted him. He had a difficult relationship with his father but he was always grateful to his mother. Denzel Washington’s mother, Lennis Washington, was the single most influential person in his life and he is grateful for her courage to this day. She raised him alone.

She raises her only son. She saved money to get the best education even though there were moments she could not afford it. Years later, Denzel told ABC, “I was as they call him ‘throwing stones at the prison,’ but I never refused.” I was never caught. I also knew the difference between right and wrong, so I never intended to go too far.

After graduation, he went to Fordham University where he started acting. Denzel says that he tried to get the best out of both parents. Despite everything, he is grateful to his father.

Yet, perhaps most tellingly, he goes on to describe how, when his father died in 1991, he did not cry:

He said “He died in August. We started shooting around the time that he died. [Pauses] I never shed a tear for my father. That sounds like a book or a song. I never did all through the funeral and all that. There was no connection. “

Yet his way of thinking is very beautiful. What do you think? Share your opinions in the comments down below on Facebook.