Home » Woman Thought Husband Was Secret Agent. Reveals That He Had Other Wives And 13 Children 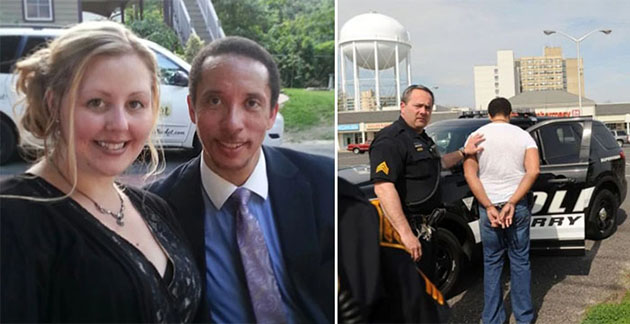 Woman Thought Husband Was Secret Agent. Reveals That He Had Other Wives And 13 Children

Usually, the detectives deal with such cases and discover the betrayal in a marriage. But in this case, the man said he worked as a secret agent to hide his relationships with other women. Mary Turner Thomson from Edinburg, 53, met her husband online and thought she met the man of her life.

He was a devoted father to his children, loving, playing with them. This was the reason Mary swallowed the fact that he worked for the CIA and had to stay away from home for a long time.

When she learned that he had 6 other wives and 13 children, it seemed as if the sky fell on her head. She first met William on the internet where they talked for two weeks until they decided to meet in person. At the time she was a single mom with a 9-month-old baby.

Mary got pregnant 6 months after the acquaintance. This surprised her because he told her he was sterile. At first, she was afraid that he would think that she betrayed her with someone else.

The time spent outside the home allowed him to meet his other children. Mary had to pay up to $ 200,000 for him with the excuse that various criminals were blackmailing him with children he had in a former relationship.

This state of fear continued for a long time for Mary. She gave him her car, her property, life insurance for fear of killing his children.

One day by chance on a TV show he saw a drama about the life of Alexander Wilson, a bigamist, and liar. She thought it would never happen to her until she got a call. Someone introduced her as Mrs. Jordan. There she understood the truth.

‘In April, William’s second wife called and said,‘ Are you also Mrs. Jordan? ’Yes, I answered, and she agreed. ‘Well, I’m Mrs. Jordan’s other half.’ ‘We had a 12-hour conversation in café-Mary says.

William wasn’t able to convince her that she was her only did not succeed. Six months later she was contacted by another woman whom he blackmailed into living together. In cooperation with her, cameras were placed in the house where they would live together. They found out that there were six other women and 13 innocent children behind his dark life.

Mary wrote a detailed story with a book entitled: The Bigamist: The True Story Of A Husband’s Ultimate Betrayal

What would you do if you were in Mary’s place? Share your thoughts with us in the comments on Facebook.